BMX Track at Forest Side 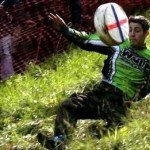 In January we had the much anticipated visit of well known local author and comedy scrip writer, Richard O Smith, who gave illustrated talk entitled Britain’s Most Eccentric Sports’. Before the event this correspondent suggested this talk could be exceptional and Richard didn’t disappoint. As with his previous offering this ‘performance’, the word is used advisedly, was a delight. Plans are in hand to see if we can book Richard again for the January 2016 meeting.

As we go to press the History Society Annual General Meeting is imminent. The main items on the Agenda will the election of the new Committee which will see some changes as a least two members of the existing Committee, including the writer, do not intend to seek re-election. Other matters include the confirmation of the Members’ Subscriptions for 2016 and the destination for the Society’s Annual Summer Coach Trip. The Committee will be proposing either the historic City of Winchester or Shakespeare’s Stratford upon Avon. Both have good Shopping Centres!

Following the formal part of the Meeting there will be a Members’ Evening which will include a film presentation by one of the Society’s new Co-Chairmen, Bob Johnston, telling us about the reconstruction of the French Rail Network after the Second World War.

This month the History Society’s meeting will be held as usual in the Methodist Church on Monday the 16thy March 2015 starting at 7:45pm. It is pleasing to report that this event will see the return that wonderful speaker local historian, Liz Woolley, who will give an illustrated talk entitled ’Children and the 2nd World War’ Don’t miss it if at all possible as Liz is both knowledgeable and entertaining.

The Society’s next event will be on 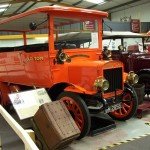 Monday the 20th April 2015 at 7:45pm in the Methodist Church when Chris Butterfield will give an illustrated talk about ‘Oxford Bus Museum’

This popular museum is local, in Long Hanborough, and it is planned to organise a Society visit later in the year.

After 12 years of doing these monthly reports the writer is retiring so the Chronicle Reports in the future will be given by Bob Johnston.

Permanent link to this article: https://kennington-pc.gov.uk/history-society-report-february-2015/