In November the History Society welcomed back local historian, James Bond, whose popularity was clearly illustrated by the packed hall which included 20 visitors. On this visit James gave a highly informative talk entitled ‘The Deserted Villages of Medieval Oxfordshire’

This illustrated presentation showed where most of these lost Oxfordshire villages were located, in many cases by the use of aerial photographs. James also explained the many and varied reasons that brought about the demise of these medieval settlements.

December we saw the return of well-known local speaker, Liz Woolley who gave another one of her illustrated talks entitled ’The Common Lodging House in Victorian England’. As this was the History Society’s Christmas event, Liz’s quite outstanding talk which focused on the many Victorian Common Lodging Houses of the St Thomas area of Oxford, was followed by ‘Seasonal Refreshments‘. 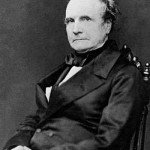 The History Society’s first meeting of the new year will be on Monday the 21st January 2013 at 7:45pm in the Methodist Church and will be an illustrated talk by Society member and popular speaker David Holt entitled ‘Charles Babbage – his life and achievements’ subtitled ‘200 Years to Recognise a Genius’ …  ‘we cant wait David’

On Monday the 18th February 2013 in the Methodist Church at 7:45pm the Society will be holding its Annual General Meeting which will be followed directly by a Members’ Evening. 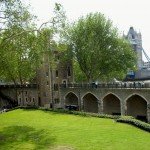 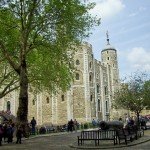 As previewed in the December Report, Members’ Subscription are due on the 1st January 2013. The new fees for 2013 are Single Membership £12.00 and Family Membership £20.00 and represent the first increase in Annual Subscriptions for 5 years. They are payable at meetings or to the Treasurer, Doreen Horseman 9 Manor Grove Kennington Oxford OX1 5QY.

Permanent link to this article: https://kennington-pc.gov.uk/history-society-report-january-2013/