There was discussion on the new footbridge which would replace the old bridge which crosses the railway behind The Tandem. Network Rail had contacted the Parish Council about using Cow Lane for access during the footbridge replacement. They had to be careful of the services running along the track including 132kV and 22kV cables in the embankment and the need to minimise interface with these services. Network Rail had done some work in Cow Lane to allow vehicle access to the railway line. They had cut back vegetation. The Chairman had been to look at the site. However it had now been confirmed by Network Rail that the crane needed to put the new bridge in place would not use Cow Lane for the main access. The workmen would get to the railway by the access near 107 Kennington Road. The plan was that the new foot bridge would be erected before the old bridge was removed during the Christmas holidays when there were no trains travelling on the railway. This work was needed to allow taller container trains to travel along the line and was the reason Redbridge was replaced last year.

Two grants were agreed at the meeting. The first was £900 for the Royal British Legion for the poppy wreaths that were used at the Remembrance Day. The Service this year seemed to attract more people than ever.

The other grant was £100 towards the cost of reinstating the Fish Gate on the Water Meadow along the Sustrans Route by the Thames. There had been a meeting with Sustrans, Oxford Preservation Trust and the Police to discuss how to deter motorcycles and it was hoped that by doing some work at this point there might be some deterrent to the nuisance caused by riders especially in the summer. 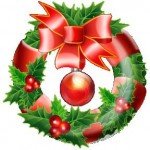 Finally the members of the Parish Council and the Clerk would like to wish you a Merry Christmas and a Happy New Year. You are invited to the Carols round the Tree and Christmas tree lights switch on Sunday 4th December at 6pm at the War Memorial followed by Mulled Wine, Soft Drinks, Mince Pies and Sausage Rolls in St Swithun’s Church.

Permanent link to this article: https://kennington-pc.gov.uk/parish-news-november-2011/