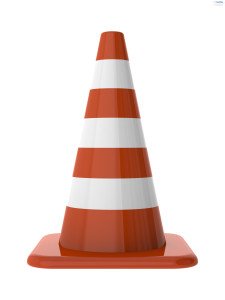 Kennington Parish Council has been in contact with Oxfordshire County Highways earlier today.

Issues with the existing traffic management – As residents will be aware traffic lights and cones have been in existence along this stretch of road since last November – this has been in an attempt to protect the road edges which were damaged whilst the major road works were being carried out at Hinskey Hill Roundabout. These protection measures have done their job as this section of the road has not deteriorated any further.

This issue has frustrated drivers and the fact that some cars seem to drive through the lights when still red has not helped. The traffic lights are set ‘on demand’ i.e. senses traffic arriving and will then change as appropriate (after calculating the stretch in between for any travelling vehicles), these lights then have to re-set themselves, making for more frustration and time wasted.

Additionally, due to continual vandalism by persons unknown, this has meant the County’s contractors have had to be called out around 5 /6 times each week to retrieve cones from Bagley Wood after they have been thrown over the fence, install new battery units as these have been stolen and regularly the contractors have had to reposition the traffic lights after someone has moved them to face away from the road.

Thankfully, this traffic system is to be altered by the end of next week with the traffic lights being replaced by the installation of solid water filled barriers in conjunction with priority signs which will continue to protect the edge from additional damage and for the safety of drivers. A weight restriction sign will also be posted, Bagley Wood Road being used for only light traffic. It is hoped that this will reduce the delays and frustrations to the travelling public.

Before Christmas Oxfordshire Highways cleared the ditch beside the road along this stretch as part of their investigation into the subsidence of the road. The Highways department has been liaising with several departments and Organisations, to obtain various permissions before any works can be carried out. Added to this, a further complication is that there is a Site of Special Scientific Interest (SSSI) abutting the road, which is a conservation designation denoting a protected area. Because of this, a survey was undertaken which has resulted in the work needing to be carried out in the summer due to the possible presence of protected species; in this instance, dormice and reptiles that have been recorded as being present in Bagley Wood.

The road will be closed for approximately three weeks during this period.

The Highways will be in a position to inform us of the planned dates for this work shortly.

Permanent link to this article: https://kennington-pc.gov.uk/bagley-wood-road-issues-and-repairs/