There was a very good turn-out again at the History Society’s March Meeting when members were treated to fascinating talk by fellow member, David Butler entitled ‘Passport to Paris  : The Start of a Family Story’. David told the interesting and sometimes amusing story of his wife Iris’s family history based on historic letters written by her much travelled Irish ancestors. 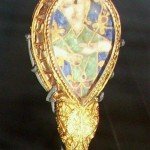 In April we saw the return of local historian and popular speaker Bert Pridgeon who gave an outstanding illustrated talk on the life of ‘Alfred the Great‘. Born locally at Wantage Alfred was to become arguably the most outstanding Saxon King, reigning from 871 to 899.  Bert started by telling the packed audience all about Alfred’s complicated and somewhat incestuous family history and how he became King, inheriting the throne from his brother Ethelred. Bert told us he was a religious man who nevertheless believed in military power and led his troops against three Viking invasions, interestingly sometimes actually buying off the invaders. We were told Alfred’s key achievements were the consolidation of his kingdom, the building up of the army and the   formation of a navy, also revising the country’s legal system. The world famous ‘Alfred Jewel’ is one of the most popular exhibits at the Ashmolean Museum. The inscription ‘AELFRED MEC HEHT GEWYRCAN’ translates to ‘Alfred ordered me to be made’ 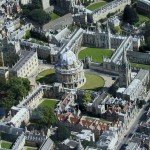 The History Society’s next event is on Monday the 20th May 2013 in the Methodist Church starting at 7:45pm when we are to have a talk by Richard Smith entitled ‘Oxford Eccentricity’  : How madly and badly the City and University have behaved over the last 900 years.

An early date for your diaries, on Monday the 16th June 2013 in the Methodist Church at 7:45pm the Society, maintaining the cultural theme, will have an illustrated talk by James Bond entitled ‘Monastic Estates and Land Exploitation in the Middle Ages in the Thames Valley’

Permanent link to this article: https://kennington-pc.gov.uk/history-society-report-april-2013/