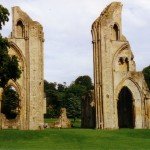 Before the summer break in June the Society maintained its recent cultural theme when members were treated to a fascinating  illustrated talk by regular speaker historian, James Bond, entitled ‘Monastic Estates and Land Exploitation in the Middle Ages in the Thames Valley’. James explained how enormous areas of the country were owned by the Church until the dissolution  of the Monasteries in the 16th Century, when most of the Monasteries, Priories and Convents were disbanded, had their income appropriated and their assets disposed of. James made the talk particularly interesting by concentrated on Monastic Estates that existed in the immediate locality. 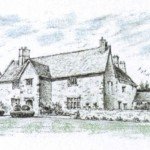 As in previous years the Society did not meet in July and August and the first meeting after the summer break will see the return of Thea Young, Visitor Manager from Sulgrave Manor, who on Monday 16th September 2013 at 7:45pm in the Methodist Church will give an illustrated talk entitled ‘Cousins in War’ intriguingly subtitled The Priest, The Farmer and The Soldier.

The History Society’s next event will be held on Monday the 21st October 2013 at 7:45pm in the Methodist Church when popular speaker Graham Sutherland will give an illustrated talk entitled ’Women at Work’ . 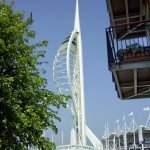 As previously reported on Thursday the 26th September 2013 members and friends will be making a Coach trip to Portsmouth and its Historic Dockyard. Conveniently the £35 million Mary Rose Museum  has opened in the Dockyard and is already becoming a special attraction.

The Museum is a giant ’air lock’ and time capsule around the preserved hull of the Mary Rose, finally reuniting the ship with the 19,000 artefacts raised over the years from the wreck site.

Shopping group note, right next door to the attractions of the Historic Dockyard is the excellent Gunwharf Quays with its 95 Designer Shopping Outlets and 30 restaurants and cafes.

Permanent link to this article: https://kennington-pc.gov.uk/history-society-report-august-2013/