The last event before the History Society’s Summer Break in June was a very enjoyable illustrated talk by Bill King entitled ‘The River at War’ : why the Thames was such an important strategic feature in the 2nd World War. Bill explained how the upper reaches of the Thames was used, during the last war, to transport military equipment and how the passage of the River was protected along the way by block-houses some of which can still be seen today 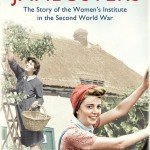 The first meeting following the break will be held on Monday the 15th of September 2014 in the Methodist Church at the usual time of 7:45pm and will be an illustrated talk by the well known local historian and author, Julie Summers, amusingly entitled ‘Jambusters’ which will tell the story of The WI in Wartime. 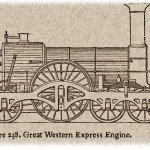 The History Society’s next event will take place on Monday the 20th October 2014 at 7:45pm

in the Methodist Church,when local historian and regular popular speaker, Liz Woolley will give an illustrated talk entitled ’The Coming of the Railway to Oxford’ 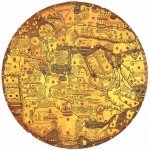 We are fast approaching this year’s summer coach trip which is to Hereford and is scheduled for Thursday the 25th September 2014. The cost of the trip is £13.00 for Members and £15.00 for Non-Members. Please note we will be leaving earlier this year, picking up from the bus stops on the western side of the main road through the village, starting at Manor Grove at 9:00am and returning to Kennington at 7:00pm.There are still a few seats available and you can book one of these by contacting Mark Horseman on 01865 – 730321 or David Jones on 01865 – 730377.There’s lots to see in Hereford and its wonderful 11th Century Cathedral is the home of the Mappa Mundi,one of the world’s unique medieval treasures. This map of the world is thought to have been made in 1300. There are good shops and of course the famous Cider Museum.

If you have not already paid for your seat please forward, as soon as possible, to the Society’s Treasurer, David Jones at 33 Playfield Road Kennington.

Permanent link to this article: https://kennington-pc.gov.uk/history-society-report-august2014/