In February the History Society held its Annual General Meeting at which a moments silence was held in memory of  Pam Johnston. The Chairman, in his annual report, said it had been yet another very successful year, the talks held had been well received and attendances at meetings remained high. He added the Society’s Coach Visit to Portsmouth and the new Mary Rose Museum had also been well supported.  He concluded by saying he would not be seeking re-election as Chairman this year.  Following a healthy report by the retiring Treasurer, Doreen Horseman, a new committee was elected and it was agreed, following a show of hands, that this year’s Annual Coach Visit should be to the historic city of Hereford. The Chairman then, on behalf of the members, presented Doreen with a bouquet of flowers as a thank you for her many years of service as Society Treasurer. The formal part the Meeting was followed, as usual, by a Members’ Evening in which members David Holt and Mark Horseman  gave short interesting presentations of an historic nature. 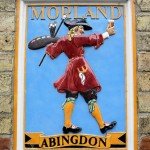 As we go to press the Society’s next event is a talk entitled ‘The History of Morland’s Brewery’  by Bill Mellor. Report next month. 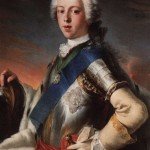 Due to the Easter Holiday this year the History Society’s April Meeting will be held in the Methodist Church at 7:45pm on Monday the 28th April 2014, a week later than normal. The Ex-Chairman is looking forward particularly to this event as it is an illustrated talk by one of our members, David Holt, entitled ‘Bonnie Prince Charlie’ : The Long Road to Culloden. 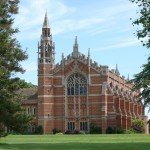 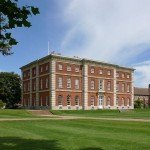 The Society’s next event will be held on Monday the 19th May 2014 at 7:45pm in the Methodist Church and will be a presentation of real local interest. Clare Sargent is to give a talk entitled ‘Radley College’ : The History of the School, Grounds and Buildings.

Should be very interesting.

In early March the History Society’s held its first Committee Meeting following the AGM and newly elected member, Philip Martin, was welcomed to the group. Also, following the retirement of Chairman, George Ross, Gerry Bowen-Thomas, Bob Johnston and Philip Martin were elected to serve as Co-Chairmen of the Society, on a rotating basis..

Sadly, for the second month running, I must conclude by paying special tribute to another founder member on this occasion, Peter Hooper, who has passed away. Peter was active member of the History Society from its formation until illness over came him and before this he was a leading member of the forerunner of the Society, the Kennington History Project.

Permanent link to this article: https://kennington-pc.gov.uk/history-society-report-march-2014/