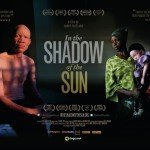 On Wednesday 1 April, at 7.30 in St Swithun’s Church Hall, KOA will be showing the film In the Shadow of the Sun, which follows a group of albinism sufferers in Tanzania over six years, as they try to combat the prejudice, health issues and threats to their physical safety that arise from their condition and the lack of understanding of it in their society. This outstanding and moving 80-minute film was made by Harry Freeland, who developed the charity Standing Voice directly out of the experience of making it. Harry will be at the screening and will take part in a question and answer session afterwards.

To understand more about the people who will benefit from the money that Kennington will be raising this year, do come along. Entrance will be by donation to Standing Voice.

Permanent link to this article: https://kennington-pc.gov.uk/koa-film-screening/